I did the following steps to upgrade:

The upgrade cannot continue. The upgrade you needs to be running the following Windows Server 2012 build number of higher: 8508.0 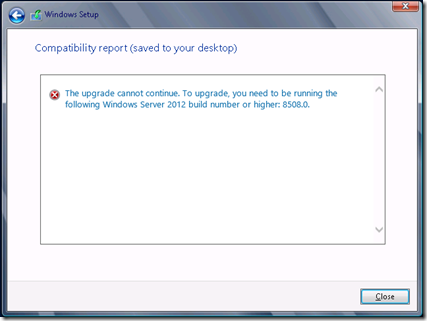 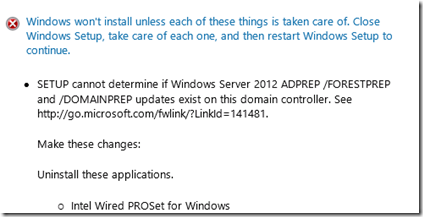 – Because the Active Directory (AD) role is installed, I needed to upgrade the AD schema by using the ADPREP /FORESTPREP and ADPREP / DOMAINPREP commands 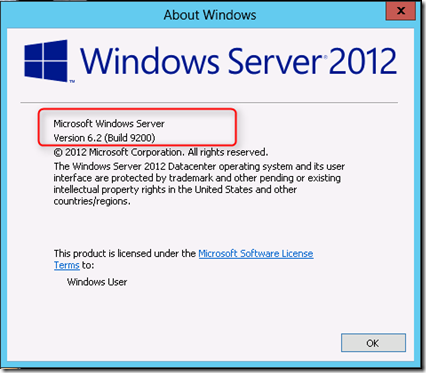