In Windows Server 2012 you can choose between a Server Core and Server with a GUI (full) during the installation. The Full Server GUI has all the tools and options to configure and troubleshoot. Server core is a minimal Windows installation with less tools and options.

Server Core has the following advantages over Server Full:

In Windows Server 2012 there are three GUI options to configure: 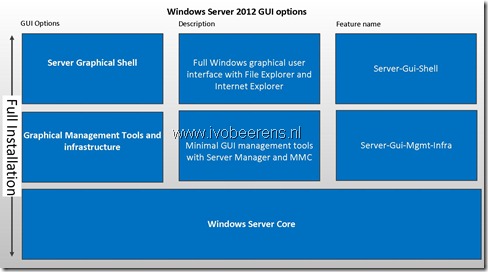 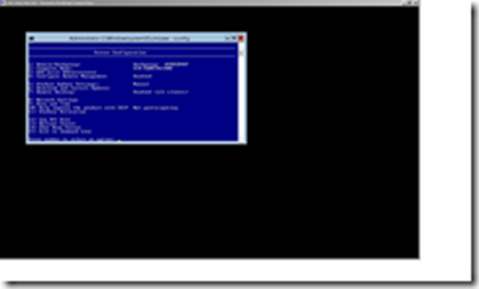 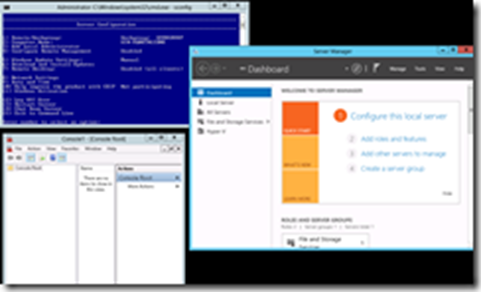 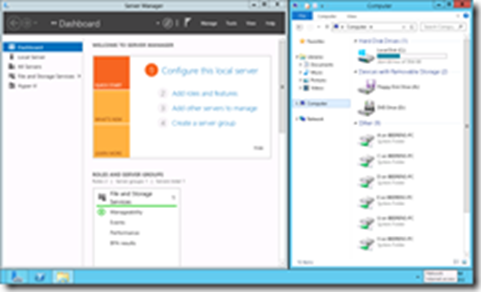 When configuring the Hyper-V role with multiple NICs it can be difficult to optimize (for example NIC and binding order)  the NIC configuration in Server Core. 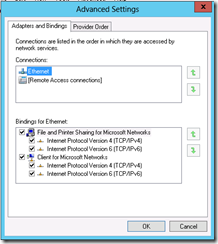 To make it easier to do the configuration you can begin the installing and configuring of the Windows Server 2012 in full GUI mode. After the configuration is completed you can switch to Server Core back. Another case to switch to the Server Full GUI is during troubleshooting.

Switch between Server Core and Server with a GUI (full)

In Server Manager you can add or remove the Graphical Management Tools and Infrastructure or the Server Graphical Shell (full) feature. 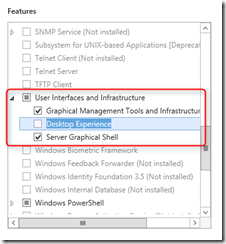 Here are some PowerShell examples that can be used:

Switch from Core Server to the Server Full