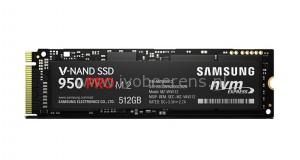 These improvements results in being one of the fastest consumer SSD on the market today. In my current home lab don’t have a PCIe Gen3 x4 slot or a M.2 interface. I found a “interface converter PCI-Express, M.2 NGFF” (link) adapter. It’s the same adapter as the Lycom DT-120 (link) another great blog called TinkerTry is referring to (link). The adapter converts the M.2 interface to a PCIe interface slot. 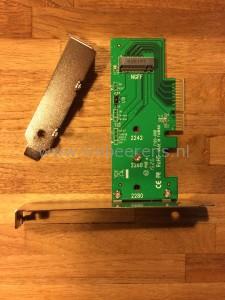 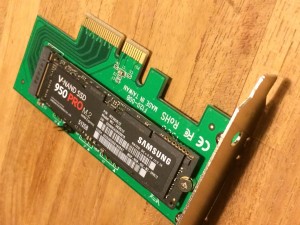 The Lycom DT-120 adapter has the following specifications:

My first step was checking if the firmware is up to date with the Samsung Magician software. 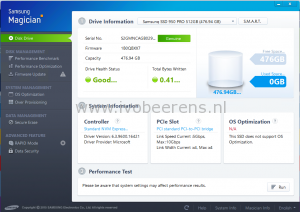 In Windows 2012 R2 the Samsung 950 Pro SSD is standard recognized. The latest drivers and software can be download here, link.

The Samsung 950 PRO is recognized by default in VMware ESXi 6 Update 1. 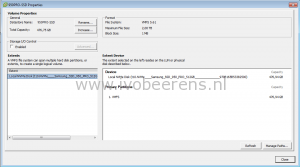 With ATTO software a simple benchmark on a Samsung 840 SSD (based on the SATA protocol) and the Samsung 950 Pro is performed. The ESXi host is a whitebox with the following hardware specifications:

A VM with a 10 GB Thick Provisioned Eager Zeroed VMDK disk is attached. The disk is formatted as NTFS with a standard (4 KB) block size. 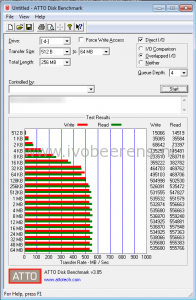 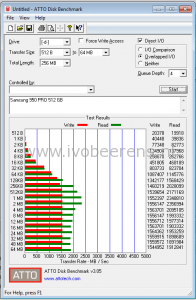 As you can see the read and write performance is multiplied by 3 on the Samsung 950 Pro with the M.2 interface converter . These are pretty impressive numbers for a consumer SSD.