A virtual witness appliance is needed when a split brain occurs or performing maintenance to figure out what VMs does have quorum (more than 50% VMs  objects needs to be available). This can can be 1 ESXi host with Virtual SAN and the witness or 2 ESXi hosts with Virtual SAN.

A Virtual SAN ROBO environment example looks like this: 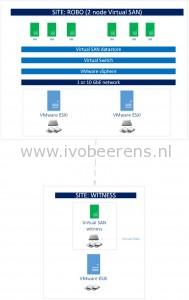 Here are some considerations for using Virtual SAN ROBO:

(*1) The SSD and HDD are virtual disks. There is no need to have a physical SSD disksin the ESXi host were the witness appliance resides. 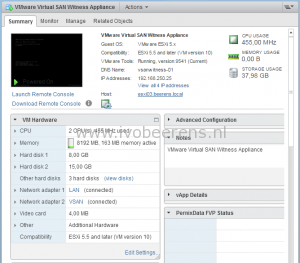