For my home lab I bought a 6th generation Intel NUC. The Intel NUC has following specifications: 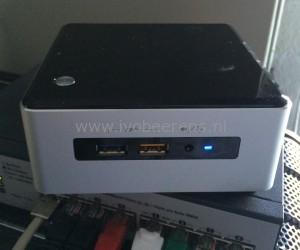 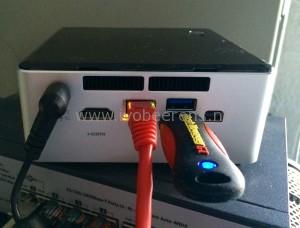 The VMs are stored on a Synology NAS. The Intel NUC will use a NFS connection to the Synology NAS.  The NUC will not have any disks. It will boot ESXi from the USB stick

Both CPUs have 2 cores and support hypertreading. The table below gives a quick comparison between both processors: 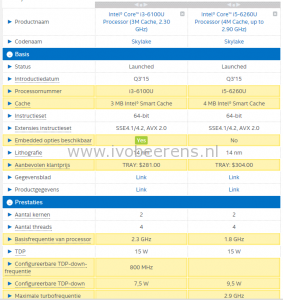 For this configuration the Intel NUC with the I3-6100u processor is sufficient and saves 100 euro. The I3 has 2 cores and hypertreading, so 4 logical processors are displayed in the hypervisor.

Other advanced technologies such as VT-x, VT-d, EPT are fully supported. 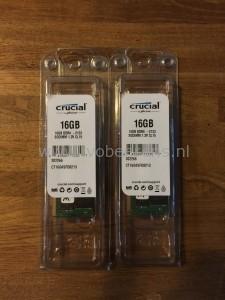 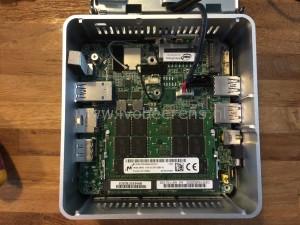 I use the same memory as suggested by the blog “virten.net” link.

The Intel NUC has an Intel I219-V Gigabit network adapter and a wireless network card. Only the Intel I219-V can be used with VMware ESXi. 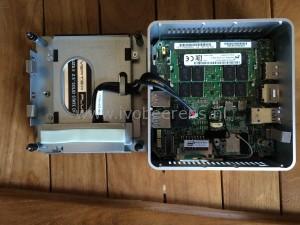 The VMs are on a Synology NAS. So the NUC will not have any disks other than a USB drive for booting VMware ESXi.

There is no need to add extra drivers to the ESXI image because the network and storage adapter are recognized by default.

Passthrough is supported by the CPU and motherboard. 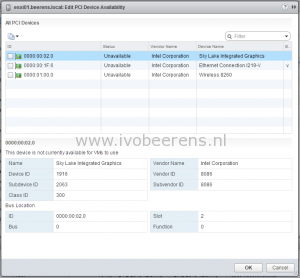 Nesting such as VMware in VMware and Hyper-V in VMware is possible. Below is an screenshot of a Hyper-V Server with a VM hosted on ESXi. 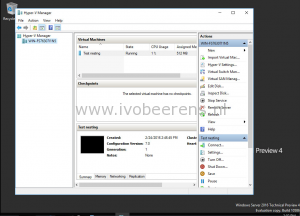 The average power consumption of the NUC is between 20 and 30 watt with a couple of VMs active.

The 6th generation Intel NUC is an great and easy option for creating a small ESXi home lab. I use the Intel NUC as management server with a couple of VMs. Another use case is creating a 2/3- node hybrid Virtual SAN (VSAN) cluster. Put a Samsung 950 PRO in the M.2 slot for caching and a 2.5″ HDD as capacity tier. Easy.