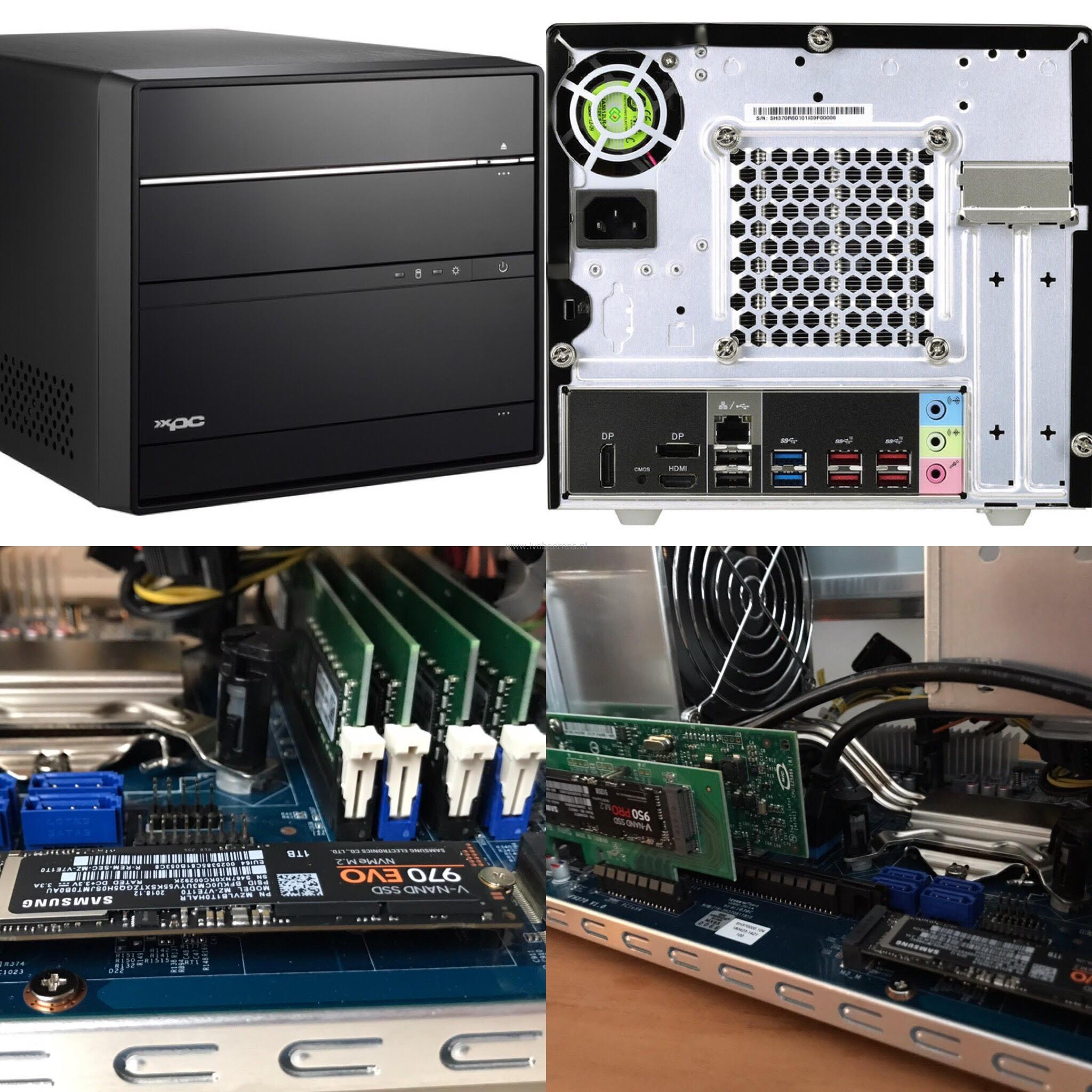 For my home lab I needed a new host that replaces my Intel NUC (link) that act as management host. The hardware resources (CPU and memory) on the NUC were limiting my lab activities.

I had the following requirements for the new home lab host:

I did some research for a new home lab host and investigated hosts such as the Intel NUC, Apple Mac Mini 2018, Supermicro and Shuttle. In my searching journey I’ll ended having the following Bill Of Materials (BOM) shopping list:

A review can be found here, link.

A barebone is pre-installed system with a mainboard, GPU, Power Supply Unit (PSU), CPU cooler and cables in a small form factor. You’ll need to pick certain parts such as CPU, memory and disk(s) to match you’re needs. The Shuttle XPC cube barebone SH370R6 Plus has the following specifications: 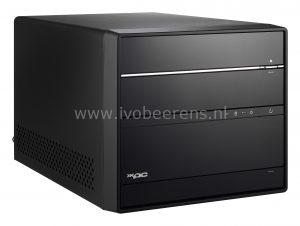 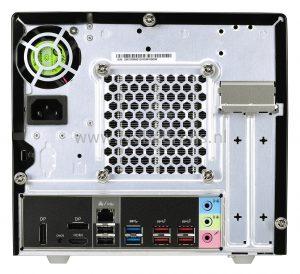 The Shuttle  SH370R6 plus has a 500 W Power supply so a GPU can be added  if needed. For now I will use the onboard GPU. There is one Intel Gigabit I211 NIC onboard.

The Shuttle has two slots available for add-on cards:

As CPU i decided to use an Intel Core i7 8700 8th generation Intel Core “Coffee Lake” processor with 6 cores and 12 threads.  It has a Thermal Design Power (TDP) of 65 W. The decision was based on pricing, horse power and  power consumption.

The Shuttle has one M.2 2280 slot. The Samsung EVO 970 1 TB NVMe SSD will be used as local datastore for storing VMs. Besides the SSD I use an existing QNAP NAS with a NFS connection to this host. ESXi will be installed in the USB stick.

Once all the hardware parts were delivered it was time to build the Shuttle XPC SH370R6 Plus. Shuttle provides step by step documentation that describes every step. 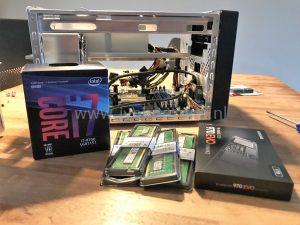 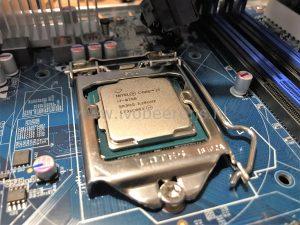 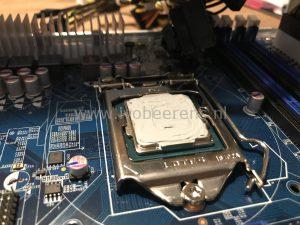 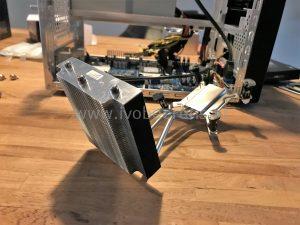 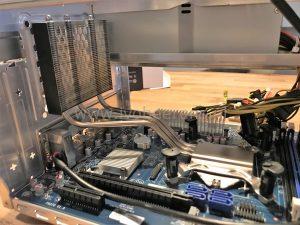 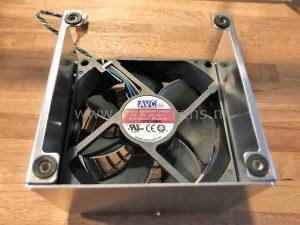 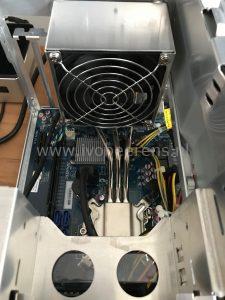 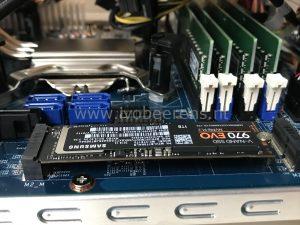 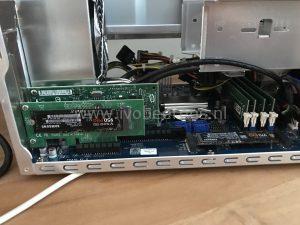 The documentation that Shuttle provides is very clear so the hardware installation went without any problems. Once the hardware parts are installed it was time for the first power-on. After the power-on I entered the BIOS and modified some settings such as:

As test I installed Windows Server 2019 on the Samsung EVO 970 1 TB. The installation of Windows Server 2019 is finished within a couple of minutes. The onboard Intel Gigabit I211 NIC is not recognized by the Windows. The Intel driver is only for Windows 10 and won’t install on a server OSes by default. This issue is there for a long time (see link). Intel does not want that desktop NICs are being used on Windows Server OSes. With some hacking (link) it is possible to enable the NIC. The add-on Intel Gigabit NIC is recognized by default in Windows Server 2019. Enabled the Hyper-V role and installed some VMs without problems. The user experience is fast, very fast! 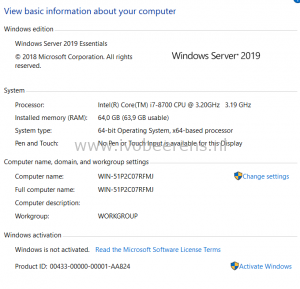 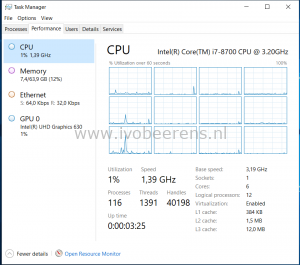 After the Windows Server 2019 test, it was time to create an USB stick (link) and install VMware ESXi  6.7 U1. The installation is a piece of cake. The onboard Intel Gigabit I211 NIC is recognized by ESXi and will be used for management and VM traffic in my config. The add-on Intel 1 GbE NIC is configured as NFS connection to my existing QNAP NAS. After some initial configuration (network and storage connection, NTP, and licensing) I migrated all the VMs from my old NUC to the new Shuttle. Most VMs are placed on the NVMe SSDs. I really like to performance boost of the VMs when they are running on the new hardware. When the load increases on the Shuttle the fan will make more noise (Smart FAN mode ). This can be annoying when you’re in the same room. In the BIOS you can tweak the FAN speed. For me this is not a problem because i’ll have a separate room were my home lab servers resides.

The onboard SATA controller is recognized by ESXi. I attached two single SSDs to the controller and created a VMFS-6 partition.

By adding a PCIe  to M.2 adapter and a 10 Gigabit NIC it’s possible (not tested yet) to create a All Flash NVMe vSAN node. I added a PCIe to M.2 adapter and added a NVMe SSD and having two NVMe SSDs that are recognized by ESXi (see storage screenshot above).

The Shuttle SH370R6 Plus home lab host is now running for a couple of weeks. Here are my findings:

I’m happy with my new home lab member, the Shuttle SH370R6 Plus because all my requirements are met and I really like to performance boost of the VMs.