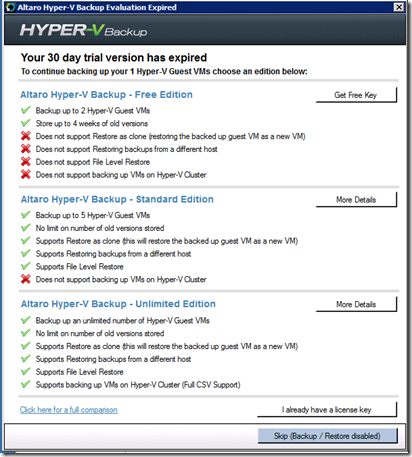 On the node you  that will become the Master Controller launch the downloaded 14 MB installation file. Within a minute the installation is competed.

The configuration is a couple of steps:

1. Select the Master Controller Node and install the “background backup agents” to the other cluster node(s). 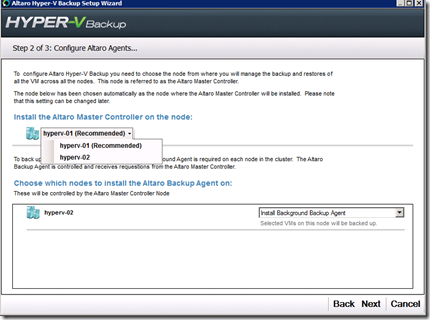 2. Select the Hyper-V VMs to backup 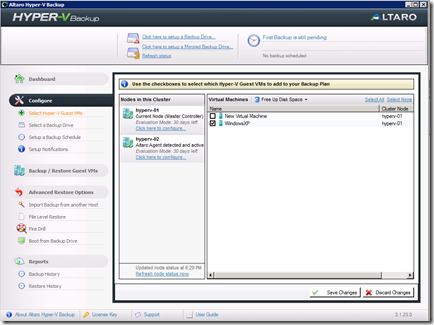 3. Select a Backup Drive. The following backup drives are supported:

It supports multiple backup drive swapping and  It is possible to mirror the backup data to another location by creating a mirror schedule..

Notifications can be set by Event Log and/or Email. 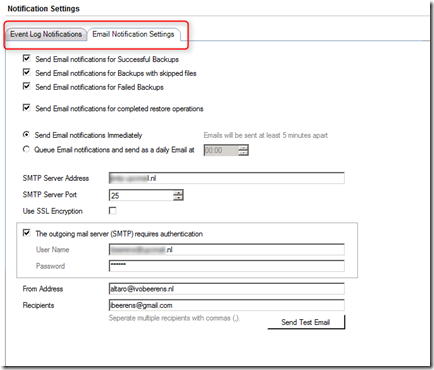 5. Create a backup schedule and place the VMs in the schedule group. 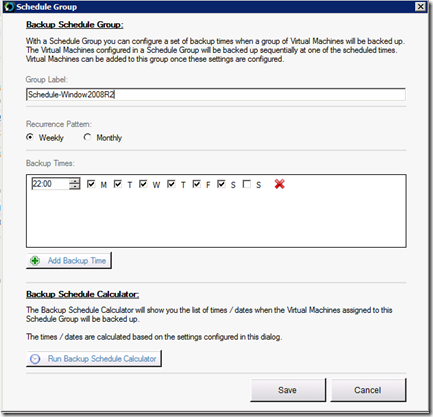 After these 5 steps the backup schedule is ready. 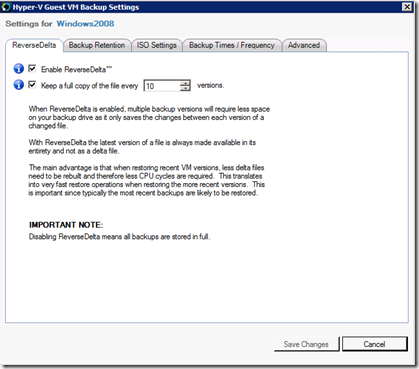 When Altaro initiates a backup from the Hyper-V Host it invokes a VSS on the Hyper-V server (software VSS) and then it invokes a VSS within the Virtual Machines – this last step is done automatically by the MS Hyper-V VSS Writer. This means that as long as the VSS within the VM succeeds then any VSS applications (for example Microsoft SQL or Exchange) within the VM will commit their data to disk resulting in a proper application-consistent backup. When Altaro makes a backup from a VM on a Cluster Shared Volume (CSV) the the volume is in redirected mode during the whole backup! This is common CSV behavior when using software VSS.

When the backup is finished and Email notification is enable, you get an backup report in your inbox. The report is very limited.

In Altaro you can choose the following restore options: 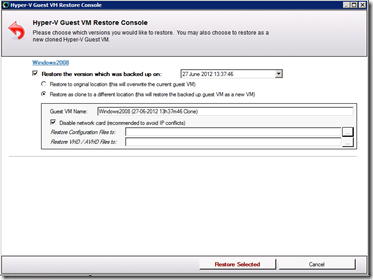 I tested the Restore a VM as clone without any problems.

The dashboard gives an overview on the following items: 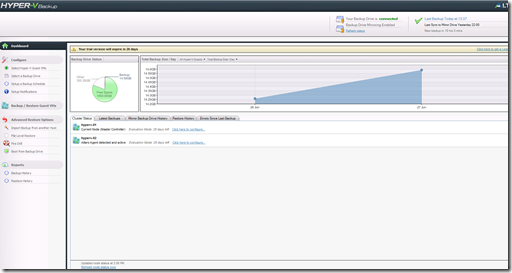 Altaro Hyper-V Backup is an easy backup application with the following pros and cons:

Further versions will address some of the cons. For more information click on the Altaro banner on the right side of the blog.

To try the beta go to here.