Supported VMware platforms to convert from :

Supported Windows platforms to convert to:

MVMC will successfully perform virtual machine conversions when the following conditions are met:

The MVMC.GUI.exe provides a wizard-driven GUI. The conversion takes the following steps:

I tested a conversion and deployment of a  Windows 2008 R2 VM, hosted on a VMware vSphere 5 update 1 environment using the GUI. I executed the following steps: 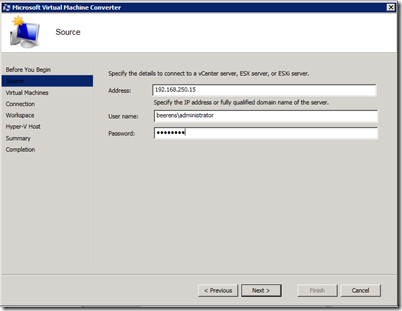 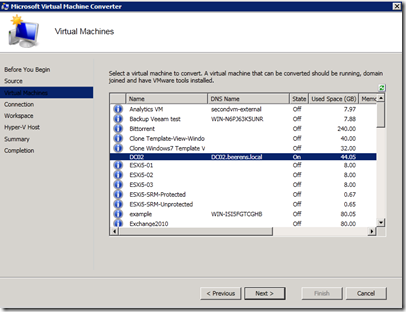 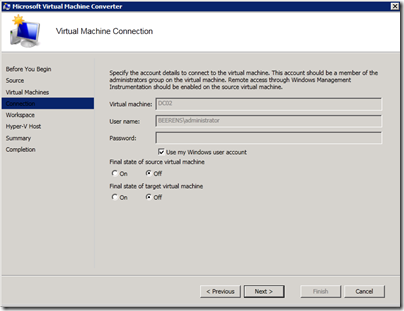 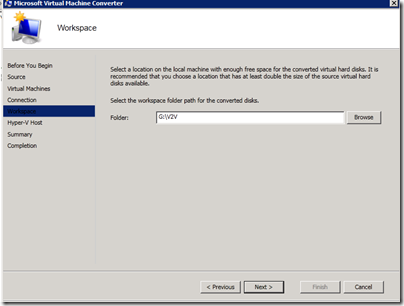 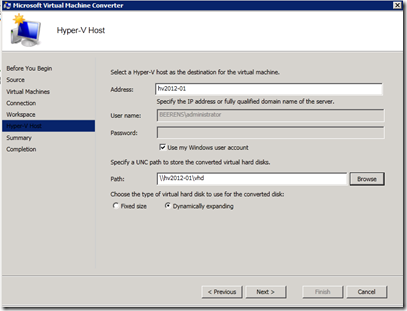 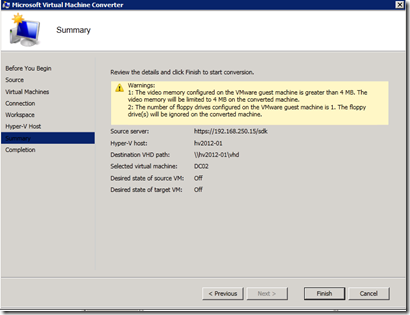 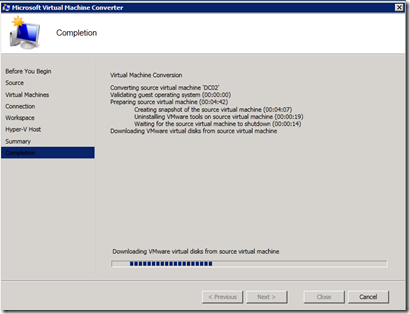 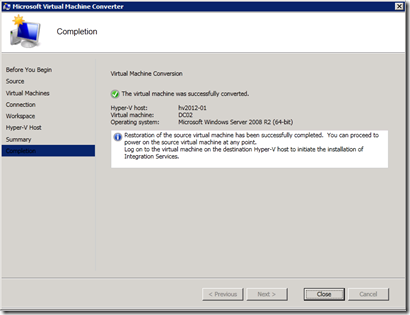 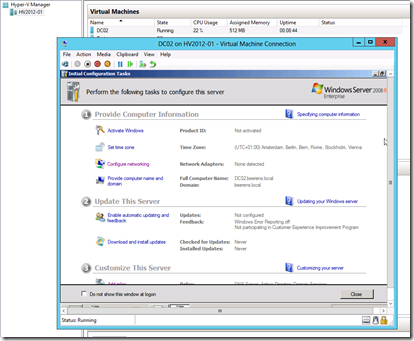 Microsoft Virtual Machine Converter is a very basic VMware to Hyper-V conversion program. Here are some Pros and Cons:

If you like it to do the other way, VMware has a tool called “VMware vCenter Converter Standalone 5.0” which convert Hyper-V based VMs to VMware vSphere VMs with more advanced functions to use such as hot cloning and disk aligning.