The data can be exported to HTML and Microsoft Excel.

Some screenshots from VMware HealthAnalyzer: 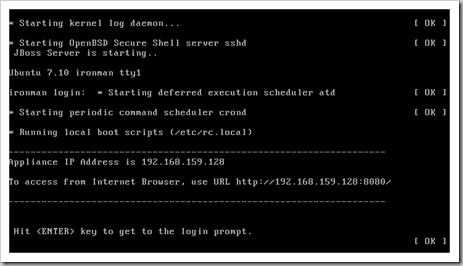 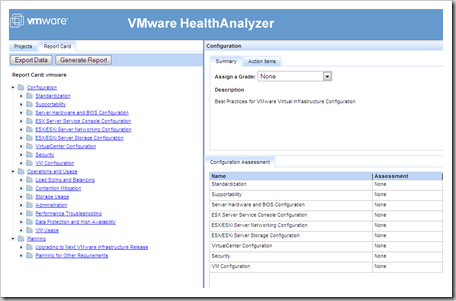 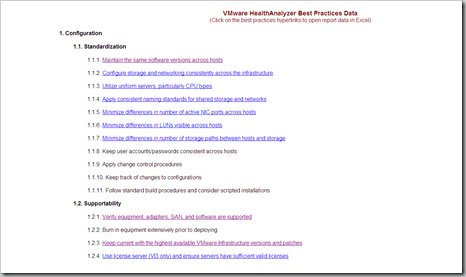 I had problems using the VMware HealthAnalyzer on VMware VC 2.5 Update 2. When i try to Create a new Report Card i’ve got the following message:

Dataset for the report card is not valid. Dataset id=12 ; Datset File Name=/usr/share/ironman/capture/captureFiles/c20080817230624

VMware has confirmed there is a known issue, VMware HealthAnalyzer is not able to parse the version of the SDK correctly and released a fix. The are coming soon with a new version.

For VI 3.5, refer to KB 1006721 for deployment consideration and instruction

For VI3.5i, refer to KB 1006670 for deployment consideration and instruction

2. Download and apply the patch according to the product(s) you have:

Processors included in the new enhanced VMotion compatibility for AMD are:

Intel Processors that are VMotion compatiblity:

VMotion between Intel and AMD processors is still NOT possible. Maybe in VMware ESX 4.

More information can be found in the "VMware VMotion and CPU Compatibility"guide found here.