On my home lab I tried to create a new VMFS volume on a RAID-0 disk set that was coming from another host. When creating the new VMFS volume from the vSphere client, the following  error appeared: 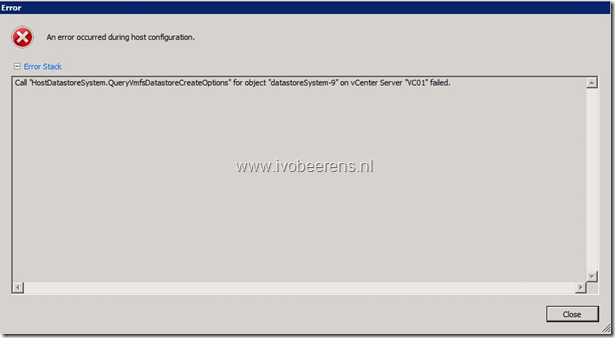 On the VMware ESXi 5 server I enabled “Local Tech Support Mode” (more information can be found here), so I was able to logging in directly on the console and used the fdisk-l command to see the partition information on the disk. I notice that the disk contains four old partitions from another system. 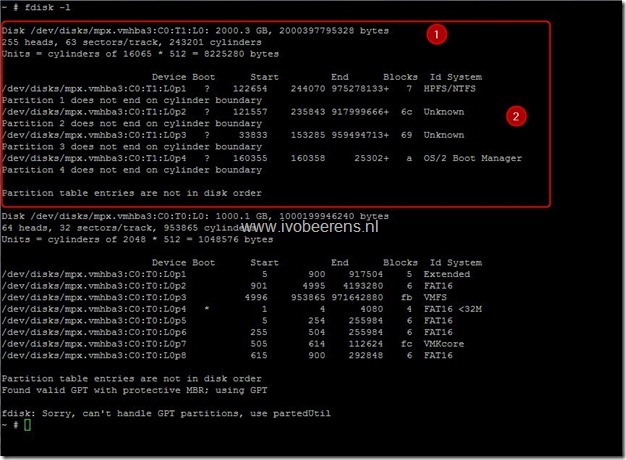 I deleted the four partitions by using the following commands (displayed in bold):

– p to verify that all the partitions are deleted

– w to write the modifications to disk

After the deletion of the old partitions I was able to create the VMFS volume on the RAID-0 disk set. 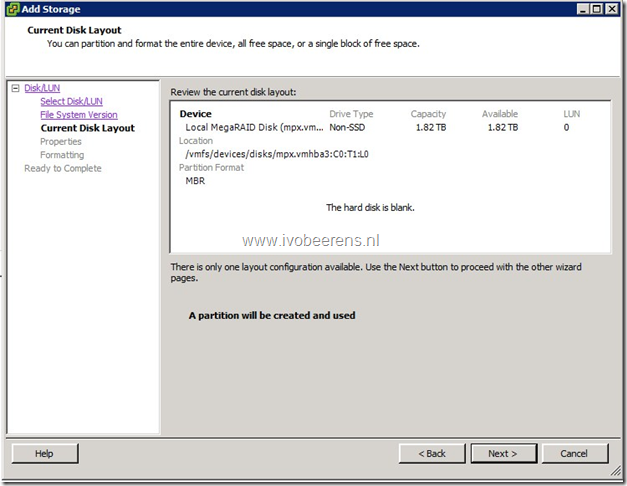 VMware Flings did it again. They released another cool tool called “ESX System Analyzer”. This tool helps when you want to migrate from VMware ESX to VMware ESXi. It scans the VMware environment and collects the following information:

– Hardware compatibility with ESXi. It checks if the hardware is compatible with ESXi 4 and ESXi 5.

– VMs registered on the ESX host, as well as VMs located on the host’s local disk

– Version of VMware Tools and Virtual Hardware for all VMs

– Version of Filesystem for all datastores

By having this information, administrators can determine what tasks need to be done prior to the migration. Examples include:

The installation and configuration of the “ESX System Analyzer” appliance is very easy. Here are some screenshots of the appliance:

Screenshots of the Output in XLS (Excel):

This is a very handy tool when you want to migrate from VMware ESX to ESXi. More information can be found on the VMware Flings website found here.

A couple of weeks ago my desktop PC died, so my girlfriend could not read there e-mail. I decide to turn my OLD VMware ESX test server into a Microsoft Vista workstation and buy a new whitebox. After searching the internet and comparing components, I found the following configuration:

I had already a LSI Megaraid SATA-4 RAID controller. The whitebox is very quiet. It’s installed with VMware ESX 3i. It performs very good with a couple of VMs.  I will benchmark it soon.