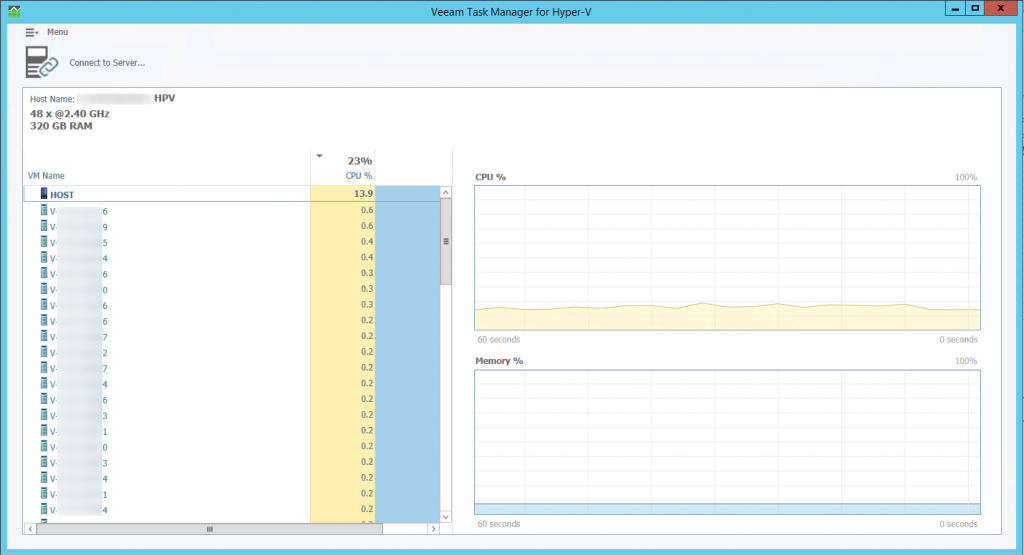 More information about Veeam Task Manager can be found here

I often get the question: “What Virtual Machine hardware version do I need?”.

It depends on the features you need. If you want for example use the “Changed Blocked Tracking (CBT)” feature, you need at least hardware version 7.

Considerations before upgrading the hardware version of the VM:

– Important to know is that upgrading the hardware version of the VM requires downtime!

– When you upgrade from virtual hardware version 4 to version 8, the upgrade is reversible if you take a virtual machine backup or snapshot before performing the upgrade.

– Be sure to upgrade first the VMware tools of the VM.  I you upgrade the virtual hardware before you upgrade VMware Tools, the virtual machine might lose its network settings

– Verify that all VMs and .VMDK files are stored on VMFS3, VMFS5 or NFS volumes

– Do an inventory on the current hardware and VMware tools versions. This can be done for example by using the vCenter client, RVtools utility or PowerCLI

– Power on the VM

– Before upgrading create a backup or snapshot of the VM

– Backup the NIC IP settings with the VMUpgradeHelper.exe command. More information can be found here

– Power off the VM

– Start VM  (reboot after the new hardware is discovered)

– Check if all the IP addresses are correct

– Create before upgrading the hardware version a snapshot when the VM is powered down.

Upgrading issues to know about:

– Upgrading virtual hardware in ESX 4.x may cause Windows 2008 disks to go offline (more information can be found here)

– After a hardware version upgrade the configuration can be messed up on  for example Microsoft ISA, Microsoft NLB clusters and RSA servers

– After upgrading a Windows virtual machine from hardware version 4 to hardware version 7, virtual NIC settings (such as static IP configuration) are lost. Make sure you backup the VM IP settings with the VMUpgradeHelper.exe command. More information can be found here

VMware Flings did it again. They released another cool tool called “ESX System Analyzer”. This tool helps when you want to migrate from VMware ESX to VMware ESXi. It scans the VMware environment and collects the following information:

– Hardware compatibility with ESXi. It checks if the hardware is compatible with ESXi 4 and ESXi 5.

– VMs registered on the ESX host, as well as VMs located on the host’s local disk

– Version of VMware Tools and Virtual Hardware for all VMs

– Version of Filesystem for all datastores

By having this information, administrators can determine what tasks need to be done prior to the migration. Examples include:

The installation and configuration of the “ESX System Analyzer” appliance is very easy. Here are some screenshots of the appliance:

Screenshots of the Output in XLS (Excel):

This is a very handy tool when you want to migrate from VMware ESX to ESXi. More information can be found on the VMware Flings website found here.