When using a whitebox lab environment at home and like to test for example vSphere 5, vCloud Director, VMware View and MS Hyper-V (nested in VMware vSphere

Till now the Sandy Bridge desktop boards support up to 32GB memory with only four DIMM slots on the motherboard. For 32GB you need 4 * 8GB DIMMs, 8GB DIMMs are very expensive on the moment when writing this post.

Intel Introduced the Sandy Bridge-E  processors and motherboards with the X79 based chipset that support this processors. This gives new possibilities for building a new whitebox home lab.

Intel introduced the Sandy Bridge-E or the 2nd generation Core i7 Extreme Processors. On the moment there are two Sandy Bridge-E processors available:

As you can see the processors are pretty expensive. The Sandy Bridge-E has the following features:

The 2nd generation Core i7 Extreme Processors can be compared here.

The Intel X79 chipset support the Socket LGA2011. To choose a motherboard you can for example check the following things:

– How much DIMM slots it has (some X79 motherboard have 4 DIMM slots);

– How much expansion slots it has;

– How many USB ports and what speed they have;

– Type and number of SATA controllers;

Important for a whitebox lab configuration is that the SATA controller (if you want to use local storage) and NIC(s) are supported by VMware ESXi. When choosing a motherboard with enough expansion slots you can always add extra RAID and NIC cards that are supported.

Asus has a nice overview of all the X79 bases series motherboards they have, found here.

I made a shopping without the case, storage and the power supply. The prices are taken from the Tweakers pricewatch (Dutch) an can change every day.

With the Sandy Bridge-E processor and X79 based motherboard you can build a monster whitebox lab environment with the best performance on the moment.

The advantage of using one huge whitebox you can use nesting to run your VMware vSphere and MS Hyper-V environment(s) on one box. An other advantage of using a whitebox is that you can make a low noise system. It’s a lot of money for a whitebox home lab environment but if you you wait for the Intel Core I7 3820 Sandy Bridge-E processor (announced in January 2012) can save you around €270,00 (this is an assumption because the list prices are not available yet).

If you want a low power consumption whitebox motherboard to run some VMs that are not resource intensive the Asus E35M1-M PRO Zacate motherboard is an option. It has an AMD E-350 dual core 1,6 GHz processor with passive cooling, onboard graphics, max 8GB memory support, onboard LAN and 5x SATA 6 onboard. And it’s cheap.

I test the Asus E35M1-M PRO Zacate motherboard in my home lab, and it will run for VMware ESXi 5.0.0 build 469512. This motherboard can be used in a homebrew server. 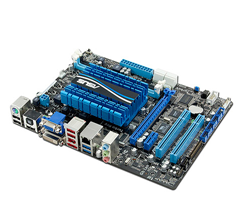 Here are some screenshots from the vSphere Client: 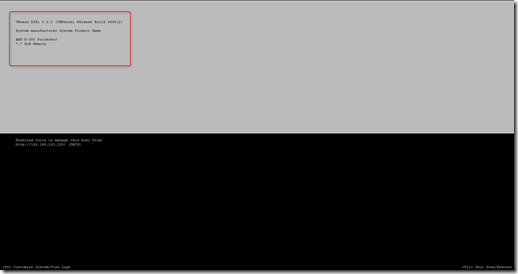 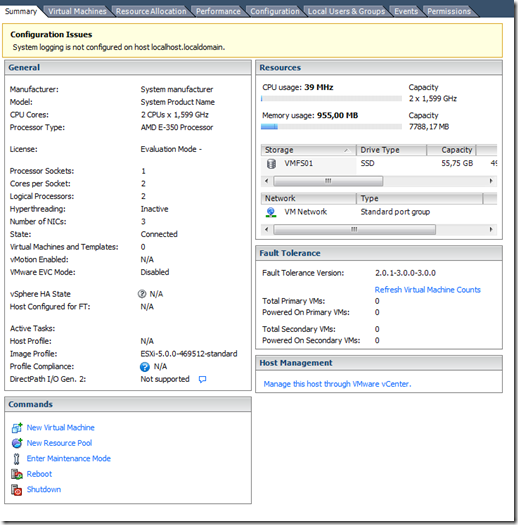 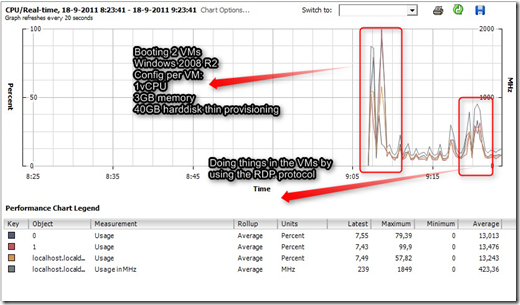 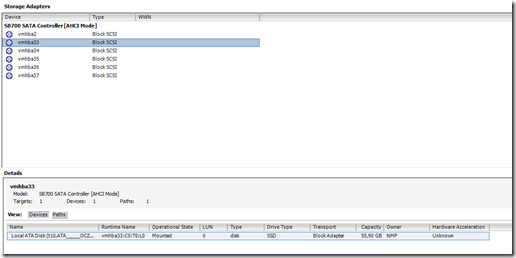 The Realtek onboard LAN adapter.

In VMware ESX|(i) 4.x the Realtek LAN adapter is not supported.

The following configuration is used:

Here are some test I did:

To power consumption is not bad if you want to run a couple of VMs 24×7.

A couple of weeks ago my desktop PC died, so my girlfriend could not read there e-mail. I decide to turn my OLD VMware ESX test server into a Microsoft Vista workstation and buy a new whitebox. After searching the internet and comparing components, I found the following configuration:

I had already a LSI Megaraid SATA-4 RAID controller. The whitebox is very quiet. It’s installed with VMware ESX 3i. It performs very good with a couple of VMs.  I will benchmark it soon.